Les Métaboles, a vocal ensemble founded in 2010 by Léo Warynski, is driven by a spirit of openness. Its name evokes a piece by Henri Dutilleux (1916-2013), “Métaboles”, written around the idea of metamorphosis. It is therefore not surprising that his repertoire ranges from the Renaissance to the music of today.

Its thirty or so members are young, like the French-Ukrainian composer Dimitri Tchesnokov (born in 1982), whose “Concerto for piano and choir”, “Three sacred songs” and “Ave Maria” were premiered by Les Métaboles. The vocal ensemble also gives “olfactory concerts” combining music with the work of the young perfumer Quentin Bisch.

Its conductor Léo Warynski was a student of François-Xavier Roth at the Conservatoire National Supérieur de Musique et de Danse de Paris (CNSMDP) and later his assistant. In 2013, he took part in Societe Generale's “Playing for Salle Pleyel” project as a choirmaster and directed the creation of “Aliados”, an opera by Sébastien Rivas in Gennevilliers, a work hailed by the critics.  In February 2021, Les Métaboles released an album entitled “The Angels”, featuring works by Purcell, Byrd, Palestrina and contemporary music composer Jonathan Harvey.

A singer since his childhood in Colmar, Léo Warynski does his utmost to bring his ensemble Les Métaboles to the highest level: he regularly seeks the advice of Pierre Mervant, professor of singing at the CNSMDP.

We have been supporting Les Métaboles since 2010. 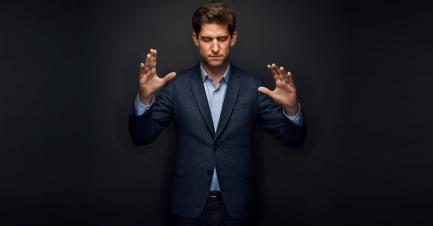