The first School Orchestras were created in 1999 on the initiative of the Chambre Syndicale de la Facture Instrumentale. The Orchestre à l'École Association, created in 2008, supports the dissemination of the scheme throughout France. In 2018, the Ministry of Culture launched the “All orchestra musicians” plan and the number of orchestras in schools reached 1,330. The pupils, from primary and secondary schools, contribute to the creation of an orchestra that will grow, evolve and flourish over a period of three years. At an average rate of two hours per week, they progress and quickly reach a high musical level thanks to innovative and adapted teaching methods. With a repertoire specially designed for Orchestre à l'école, they can learn music theory and practice their instruments at the same time, thus making it possible to create school projects that are performed at concerts.

Projects common to several school orchestras are also implemented, such as the creation in 2017 of “Dianoura!” composed by Etienne Perruchon and in 2018, Graciane Finzi's “Des champs et des villes, héros, héroïnes”. In 2021, Orchestre à l'école will take part in the French tour of cellist Gauthier Capuçon.

We have been supporting the Orchestre à l'école association since 2020. 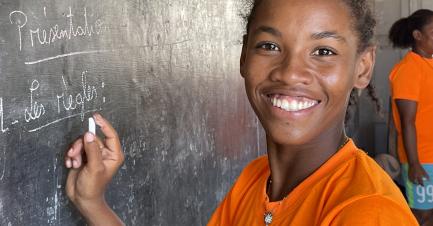